Every Breath You Take May Be Toxic 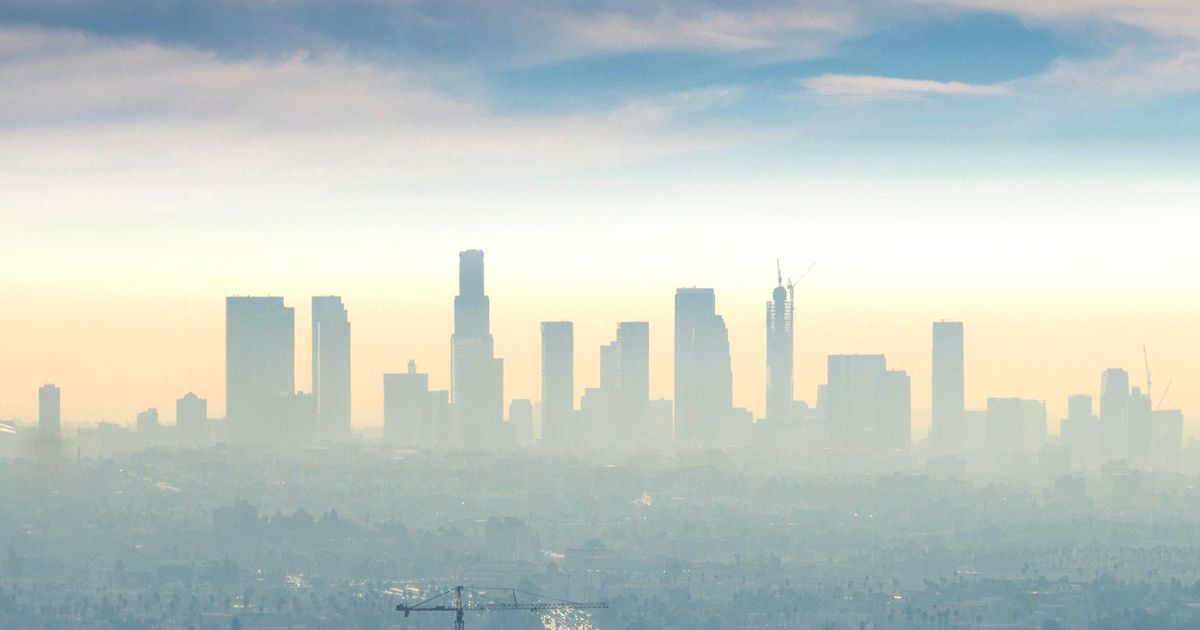 The state of our environment is never far from a pulmonologist’s thoughts, particularly when it comes to air pollution. As with all our organs, a variety of external and internal factors impact lung health. One of the most important factors is the role environmental toxicants play in causing often-serious health complications.

Given our lungs’ continuous exposure to the environment, it’s no surprise that the average person inhales an array of toxic substances. We find them in our homes and workplaces. Some of these toxicants are so lethal that even a single exposure could lead to significant health issues.

Our lungs are not just a depository for a few harmful agents. They also serve as a sort of way station for many toxic substances that cause problems elsewhere, including the liver, the brain, and other vital organs.

Along with the GI tract (gastrointestinal tract), the lungs are an entry point for many harmful agents. Dust, chemicals, heavy metals, and smoke products deposit residues in the lungs as they pass through, often triggering disabling respiratory problems.

In this article, we’ll take a look at some toxicants (commonly referred to as toxins) that concentrate in the lungs and how we can avoid or reduce the risks associated with exposure.

How Our Lungs Are Exposed to Toxins

Toxins travel the world on the wind. With air pollution, we know that what happens in one part of the world, such as a volcanic eruption or toxic chemicals emitted from a factory, can affect air pollution composition anywhere.

Indeed, research on air pollution’s global travels and disbursement has shown that air pollution from one source can affect areas across entire oceans, often crossing continents in just days (1).

Air patterns and wind cycles around the world mainly distribute air pollution, but precipitation can also spread it. Rainfall can bring toxic chemicals from the air down to earth. Research confirms that rainwater samples were found to contain microplastics, while researchers at the University of Wisconsin-Madison found rain to be a source of toxic PFAS chemicals (2).

Exposure to toxins can happen both in an industrial setting and at home. From insecticides used to spray crops to home air fresheners, the chemicals released can have untoward effects on the lungs. Asthma attacks, chemical burns of the bronchial mucosa, pneumonia, or even chronic scarring of the lung, known as fibrosis, are just some of the known effects of these exposures.

In an industrial setting, massive amounts of inorganic and organic contaminants can settle in the lung. Most workers wear face masks with or without “purification” canisters to minimize metallic, fibrous, and chemical compound accumulation in their lungs. However, these masks aren’t always worn. Employees not working in areas where the exposures originate, are secondarily exposed and often without proper protection.

Most people are shocked to discover that their home can be a source of toxic materials, whether it’s carpeting, aerosolized cleaning products, drinking water, cookware, furniture, or paint residues.

How Toxins Damage the Lungs

Air pollution contains a vast array of toxic substances, including heavy metals. Cadmium, found in air pollution and cigarette smoke, is known to stimulate the formation of tumors in the lungs (3). Tin, which comes from smelting factories, can cause and aggravate asthma (4).

Other metals include nickel, cobalt, and copper. All of these can cause inflammation and scar formation in the lung after they deposit there. These metals and fibers often remain in the lung.

Other chemicals, particularly volatile organic compounds (VOCs), can irritate and physically change the airways they travel through after being inhaled, leading to bronchitis and even asthma. For those people with a history of either of these diseases, VOC exposure can exacerbate their conditions.

Unlike the heart and the brain, which are harmed by specific heavy metals and other environmental toxicants, the lungs interact directly with our environment with every breath we take. Thus, even those heavy metals that have no particular affinity for lung tissue still pass through our respiratory passages as we breathe.

Small particulate matter (PM2.5 or 2.5 microns in size) can get into our lungs, and pass through the airway into the lung tissue itself where it can cause inflammation and eventually fibrosis (5).

These metals, fibers, and even droplets are also unwelcome airway trespassers. The airways respond with bronchospasm, which is a tightening or closing of the muscles that line the airways (bronchi) in your lungs. Tightening is how the lungs deny entry to these outside invaders. This airway muscle constriction causes asthma. If the airways become inflamed, the walls of the bronchial tubes thicken, and we see an increase in mucous production that you may know as bronchitis.

This airway constriction, which can be triggered by heavy metals, and chemicals, can result in what is called “sensitization.” In this condition, the airways become ultrasensitive and react to anything that is slightly irritating, such as perfumes, cold air, or even specific food odors.

For those particles that pass through the airways and into the lung tissue itself, well, that’s a separate issue. Heavy metals such as beryllium, aluminum, and titanium can cause fibrosis or scarring of the lung tissue, a condition in which the lung stiffens and becomes more difficult to inflate.

Why Toxin Elimination is Essential

Avoiding situations where exposure happens is vital. Proper respiratory protection in cases where we anticipate or expect exposure to these dangerous agents helps decrease the lung’s toxic burden and accumulation.

However, since air pollution contains many of these harmful agents, we cannot avoid exposure altogether. And maybe that shouldn’t be the goal. Instead, we should focus on elimination.

To maintain healthy lungs, we must clear out these particles, chemicals, and metals and even mitigate their harmful effects. The lungs are a gateway for everything and anything we breathe to enter our bodies.

Some particles are small enough to pass right through the lungs and into the bloodstream. These particles range from diesel exhaust, hair spray chemicals, and room deodorizers to toxins in the air carried from power plants and even other countries (via the jet stream).

We often inhale these particles, and there’s no way to prevent their accumulation in our blood and our bodies. Scientists refer to this toxic build-up as our “body burden.” Preparing ourselves to deal with this toxic onslaught is essential to maintaining optimal health.

It’s not easy to keep these unwanted contaminants from accumulating. It requires diligence, persistence, and a lot of help, starting with our body’s innate detox system, and continuing with detox and nutritional support.

Since the liver is needed to help break down and remove many of these chemicals, it makes sense to avoid liver-toxic medications and alcohol. Organically derived vitamins and minerals can help maintain a healthy liver and strengthen the body’s natural detoxification system.

Chelating preparations containing the zeolite clinoptilolite can hasten the removal of heavy metals and other toxins. The negative-charge of the zeolite binds to positively-charged toxic particles and eliminates them from the body.

Plant-derived antioxidants such as carotenoids, polyphenols, and sulfur compounds, can help keep our most precious intercellular proteins, such as DNA, safe from the oxidizing reactions that accompany detox.

The Bottom Line for Lung Health

The lungs are both a repository and a passageway for many of the toxicants in our environment. Protecting our lungs starts with understanding that we are not only what we eat but what we breathe.

Our lungs need to be both respected and cared for, and detoxification can lessen the effects of harmful constituents that lurk in the air, and reduce our body burden of toxicants. It’s important to realize that detoxification is not a one-time event, but rather a continuous process that supports healthy lungs with every breath you take.

An accomplished medical doctor, clinical researcher, and author, Dr. Lonky has made significant contributions to the fields of pulmonology, internal medicine and toxicology. A Fellow of the prestigious American College of Physicians (FACP), Dr. Lonky is actively involved in many areas of medicine. He is a Diplomate of the American Board of Pulmonary and Critical Care Medicine, along with being a member of the American College of Chest Physicians, the California Lung Association, the New York Academy of Science, the American Thoracic Society and the American Federation for Clinical Research. In addition to advancing scientific understanding and medical care in several fields, Dr. Lonky is active in his medical practice, and is a sought-after published author. You can learn more about Dr. Lonky at www.stewartlonky.com